Skip to content
Nowadays, it’s very difficult to maintain an active lifestyle. Good thing, we have several apps that entices us to exercise while still coping up with the digital change. I recently discovered a new app called Rovo. I had a privilege to interview Ritesh, one of the founders of the app. Here’s a transcript of my exclusive interview.

TF: When and where did Rovo App started?

RI: Rovo actually started off as a hobby project back in July last year in Singapore. Joshua, Danny, James & I (the founders) were just grabbing dinner. I shared the problem of finding people to play tennis with. It turned out that Joshua had a similar idea back in University while Danny & James also faced a similar problem of finding players but in different sports. We actually never discussed about taking the idea into a startup at that point. We just really enjoy solving problems, building stuff and working together. So we just went ahead and built it. Over time the app picked up organically and total strangers started using the app and gave us continuous feedback. When total strangers start using your product with no convincing & give you amazing feedback, its an amazing feeling. As we started to see that happening more & more, we started to think that Rovo can be so much bigger than a hobby project.

TF: What is the main concept and goal behind this app?

RI: Lets start with the goal first as that’s the most important thing. Rovo’s goal is to inspire the world to play more, improve & be the best version of themselves through fitness & sports. To that end, the app and the concept is just a means to that broader goal.  I believe the concept and the app will evolve over time, but the goal remains.

Today, Rovo connects players with others of similar skill level, availability & location to discover each other & play more. Players can look for other racquet sports buddies to arrange Singles (2 people), doubles (4 people) or even Social (5-10 people) games.

TF: Any specific population that you currently target?

RI: Currently the app supports racquet sports – Tennis, Badminton, Table Tennis & Squash (or Racquet ball). So, we target anyone who plays those sports or is keen to pick them up. So far we’ve seen all sorts of players on Rovo. There’s a lot of players who are completely new to the sport, those who are playing casually on a regular basis and also those who play competitively. 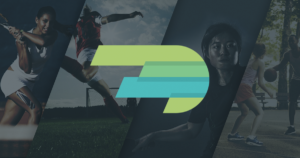 TF: What are the advantages and disadvantages of this app?

RI: We’d like to think there are no disadvantages! In truth though, we still have improvements to make to allow for Leaderboards & Tournaments which we will be adding soon. There’s also a bit of apprehension of playing with strangers. We’re learning how to encourage players to take that leap because on the other end of that leap is a chance to improve. The app has a highly engaged community of players that are very friendly. In fact once players start playing with a few different players from the app, they come back to tell us how it has helped them improve their game. Playing with different people of various styles teaches you to be more measured in you shots. So, if there’s one major benefit of the app – It’s that it really helps players to improve!

One of our featured players, Chester Fernandez also said this about us:

Many apps today often keep us behind our mobile screens. Rovo does the opposite and has that physical aspect which draws us out of our homes to meet new people. The world needs more of such interactions – Chester Fernandez

RI: Yes! It’s absolutely 100% free. You can get the app currently in Philippines, Malaysia, Singapore, Indonesia & Australia from here.

It looks like a promising app for me! I’ll surely download and try it for myself. If you’re curious about the app, you may check out their official website at https://rovo.co/

Alternatively, you may check out their official social media accounts: